Cairo. Open City. was a traveling group show I both project-managed during the research phase in Cairo and later co-curated. The German fraction of the International Association of Art Critics IAAC (AICA Deutschland) named Cairo. Open City. the exhibition of the year 2013. The project was shown in various forms at the following venues:

(Edited from the original text) The exhibition presents photographic works [made in] Cairo. In this age of digital recording technology and the omnipresence of images on the Internet, photography plays a key role as a medium of direct testimony and self-presentation. The exhibition investigated the role that pictures play in representing [events] and which players and public forms they reach and influence.

The curators from Egypt and Germany were not only interested in exploring the relationship between the photos and their wide range of interpretation and usage in photography and art, but also the dialogue between graduates and students of art, photography and visual studies at the Universities of Braunschweig and Nîmes. These young scholars spent three weeks in Cairo collaborating with their Egyptian counterparts. The project was organized in cooperation with the École Supérieure des Beaux Arts de Nîmes and an artists’ collective in Cairo.

In February 2012 ten students from the Braunschweig University of Art travelled to Cairo with their professors Dörte Eißfeldt and Bettina Lockeman in order to meet with fellow art students from Egypt. A number of works resulted from this creative exchange, as did with encounters with students from the École Supérieure des Beaux-Arts de Nîmes. These artworks were also included in the final exhibition. 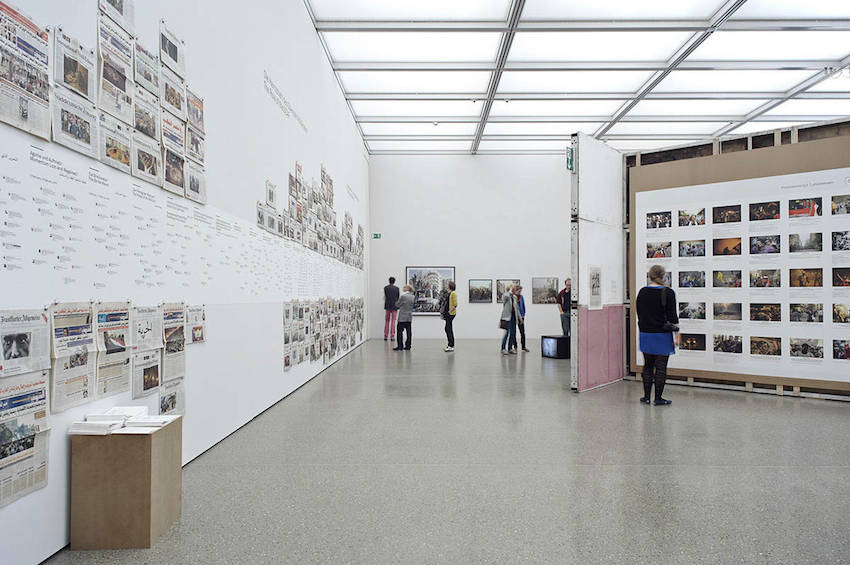