What aesthetic structures, representational codes, and conventions are at play in transitory Egypt? Which are broken? How is democracy envisioned? How did January 25 change the relationship between citizens, public space, and visual expression? What politics are at play when history manifests as image?

Cairo: Images of Transition, edited by Mikala Hyldig Dal, offers a broad range of artistic and academic works that examine the relationship between aesthetics and politics in the wake of the Egyptian revolution of January 25, 2011. 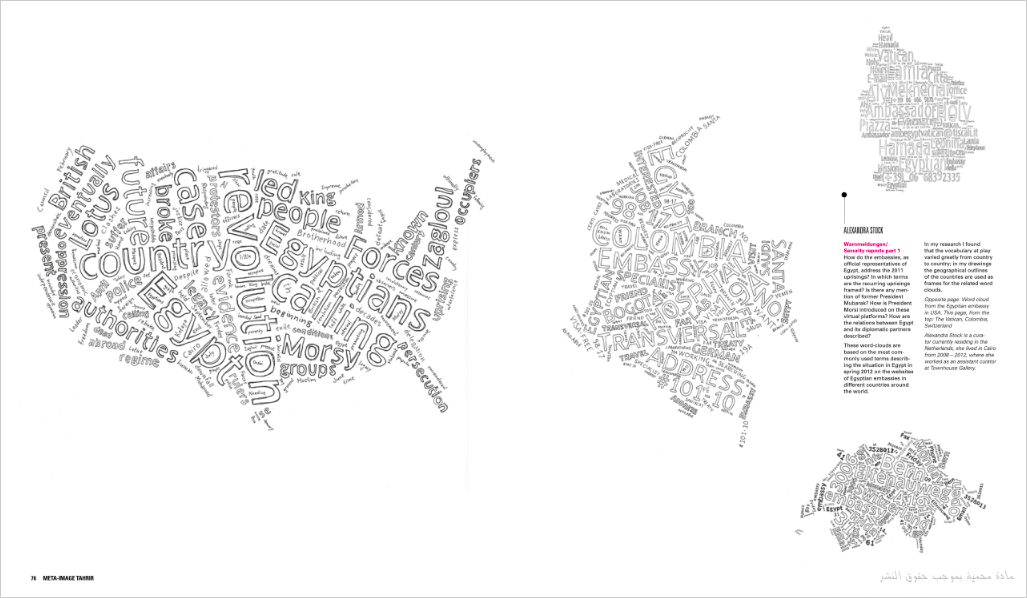 Now in the year 2012, how do Egyptian embassies address last year’s uprisings? What terminology and vocabulary is used to frame these events? These hand-drawn word clouds called King People Calling are made with all of the words featured on the respective websites of Egyptian embassies. I found that the vocabulary varied greatly from country to country. The title of the series comes from a juxtaposition of three words that came together in the first word cloud I drew. 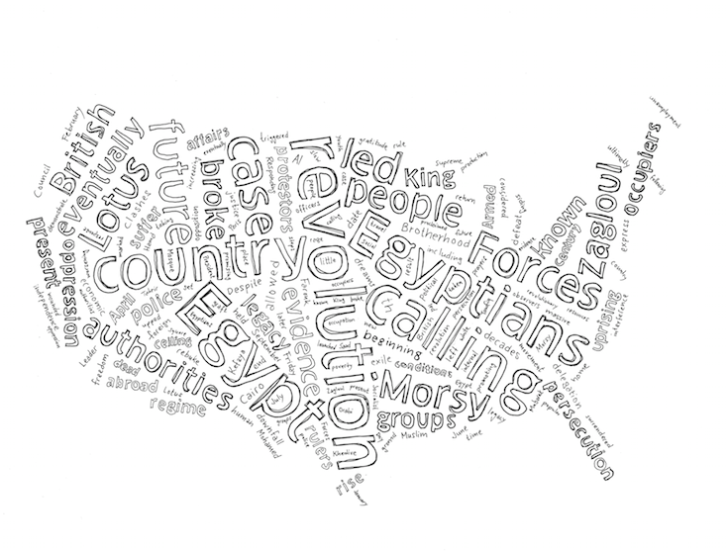 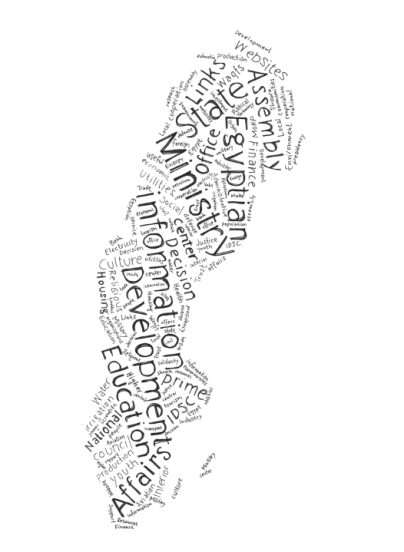 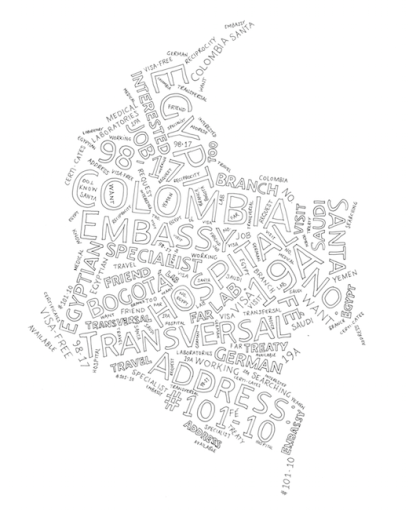 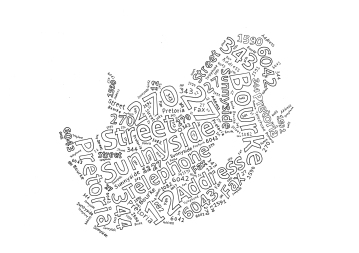 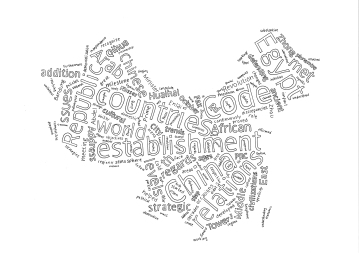