Ibraaz included my review of the exhibition When Art Becomes Liberty
The Egyptian Surrealists (1938–1965) in its Platform Reader 010_07. The exhibition ran from September 28–October 28, 2016 at Cairo’s Palace of Arts and was co-curated by Sharjah Art Foundation Director Hoor Al Qasimi, Dr Salah M. Hassan, Ehab Ellaban and Dr Nagla Samir and organised by Sharjah Art Foundation in collaboration with The Ministry of Culture in Egypt, Sector of Fine Arts, and the American University in Cairo.

Dark Matters Morehshin Allahyari in conversation with Hannah Gregory, We Are Sick, But We Are Alive Haig Aivazian in conversation with Rayya Badran, Reversing Power, Allowing Possibilities Yael Bartana in conversation with Clelia Coussonnet, project Doppelgänging by Basma Alsharif, Dear Animal: Notes in a Conversation on a Film by Maha Maamoun by Mohamed Beshir, Art et Liberté: Rupture, War and Surrealism in Egypt (1938–1948) at the Centre Pompidou a review by Amina Diab, Al Araba Al Madfuna: Wael Shawky at the Fondazione Merz a review by Dan Jakubowski, The 4th Aflam International Festival of Arab Cinema a review by Natasha Marie Llorens, Off the Record: Nil Yalter at ARTER, Istanbul a review by Rasit Mutlu, Mustafa Hulusi; Negative Ecstasy at Dirimart, Istanbul a review by Tom Snow, Questions of Collectivity in the Absence of Connectivity: On Qalandiya International 2016 in Ramallah a review by Shuruq Harb, and the Larissa Sansour Trilogy by Larissa Sansour 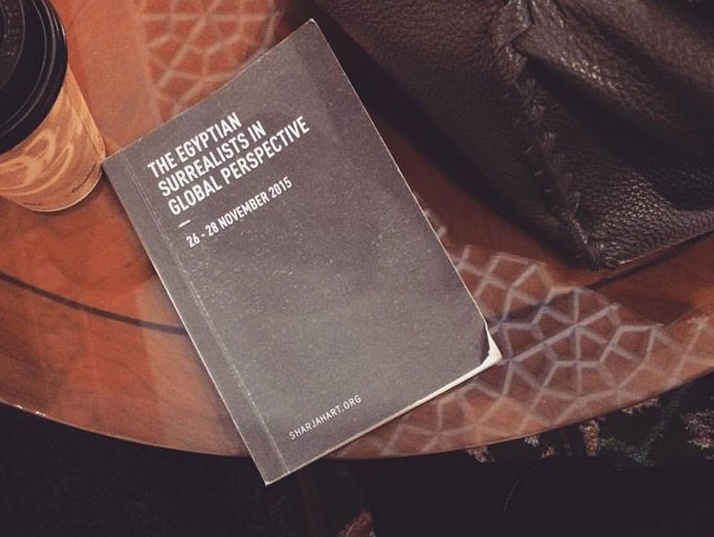